Lost Canadian Passport Overseas: Prevention and What To Do

Lost Canadian Passport Overseas: Prevention and what to do

Your Canadian passport is your most valuable and important piece of government-issued identification. However, Canadian passports are also amongst the five most popular targets for smugglers and criminal organizations because of how widely they are accepted internationally. Thus, you should be extremely mindful of your own passport when overseas as loss or theft is not as uncommon as you may believe. Here are 4 important passport tips to keep in mind when traveling overseas:

As of 2020, there are six (6) types of Canadian passports in circulation:

1.Standard Passport (navy cover): This is the most common type of passport used as it is issued to citizens for both leisure and business orientated travels. The maximum validity period for this document varies with the age of the passport holder. Passports for children under the age of three (3) can only be valid for up to 10 years while older children and adults can obtain ten (10) year passports.

2.Frequent Traveller Passport (navy cover): This is a slightly more expensive passport which contains 48 pages and is normally aimed at those that travel frequently because of work. The validity date is the same as for a standard passport and other than the additional pages there is no notable difference.

3.Temporary Passport (white cover): These are issued by Passport Canada to Canadians with an urgent and proven need for an interim passport.

4.Emergency Passport (1 page): An emergency passport is a one-time use document issued to Canadians for direct return to Canada or to another Canadian mission where full passport services may be available

5.Special Passport (green cover): These are issued to people representing the Canadian government on official business. 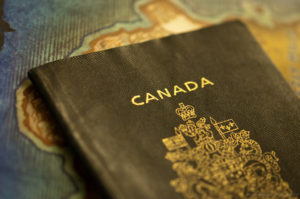